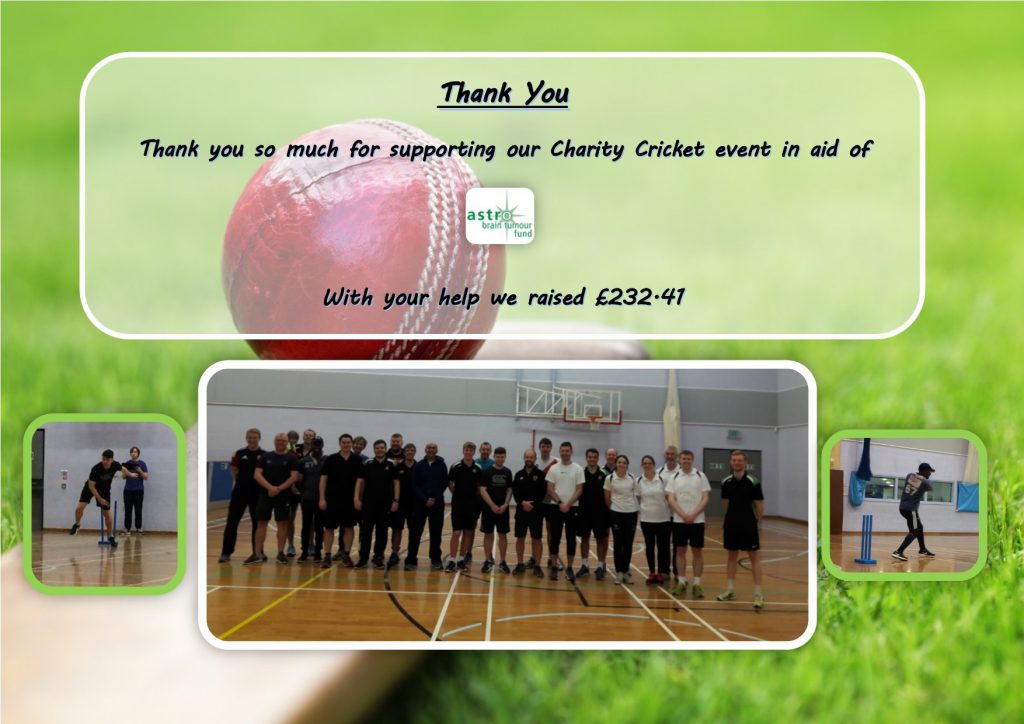 “On the 16th November, teams gathered together at Gosforth Academy, Newcastle for an indoor cricket tournament and to play for the C.B. Trophy. The day proved good fun with lots of six’s, catches and wickets taken. After a competitive group stage the competition saw Saxena’s six’s and Gosforth compete for the 3rd/4th position and West Tyne and Hexham compete for the C.B. Trophy.

Gosforth’s spin bowlers were too much for Saxena’s Six’s and took 3rd place in the tournament. The final got off to a disappointing start for West Tyne with them scoring only 39 all out with the bat. It wasn’t to be for their star batsman, Lomax who had scored a tournament record of 81 not out in the group stages. West Tyne did rally when in the field and had walked 2 Hexham batmans in the first over finishing 5-2. This spurred them on but an unfortunate injury to bowler, Eyo in the second over resulted them losing their rhythm and Hexham running away with the game with two overs to spare.

After the tournament players came together at Shark Bar in Newcastle to reflect on their performance and socialise with a drink and some food.

A massive thank you to all the players and supporters which allowed us to raise £232.41.

Special thanks to Gosforth Academy who supported the fund raiser through the use of their sports hall and to Shark Bar Newcastle who were wonderfully hospitable in their service of food and drinks.

Thanks to all for supporting our event”