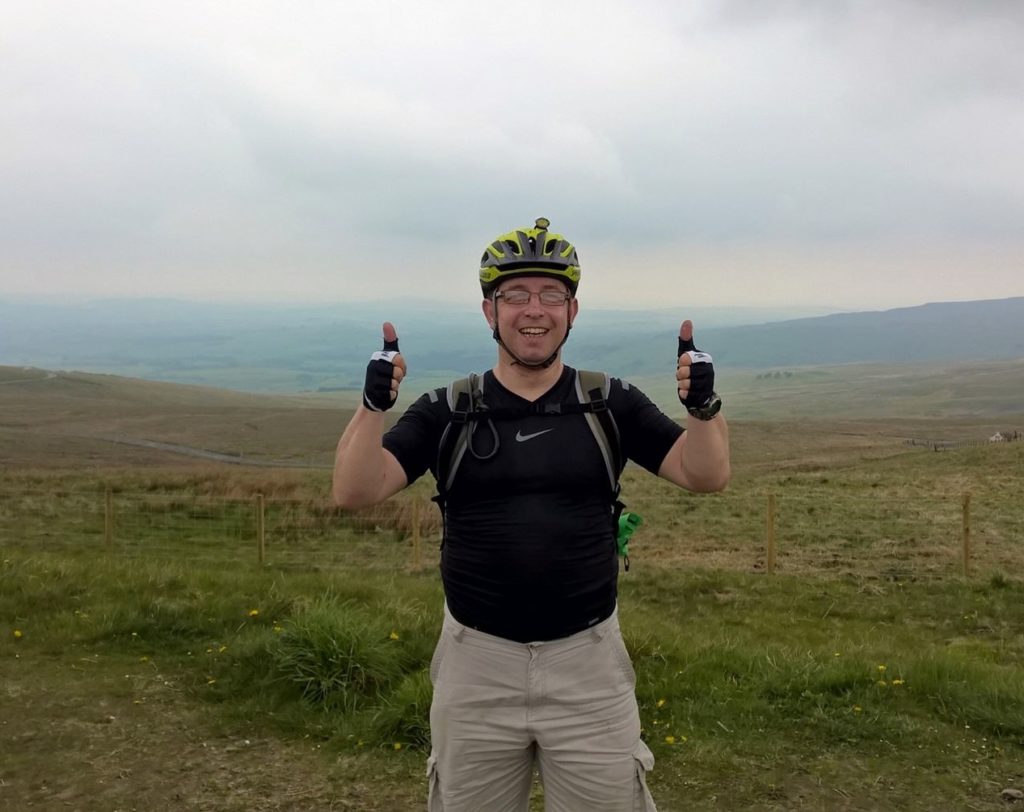 I noticed that I’d lost some of my hearing in 2005, and after various hearing tests, I was referred for an MRI. They’d noticed a very small anomaly in my scan, apparently a birth defect!

After 6 monthly scans until 2012, I was referred to neurology, and shortly after was told that I had a suspected left parietal astrocytoma/olidendroglioma.

I started to have focal seizures, and eventually in 2016, I had a biopsy, as my low grade was presenting signs of becoming a higher grade, had a biopsy that turned out to be higher grade, I had radiotherapy, and two rounds of chemo, and am feeling a lot better, the staff at the hospital, my friends, family and the support groups on Facebook for those with brain tumours have been invaluable.

My life has changed from 15 years ago, I’m no longer able to drive and I do have epilepsy as a result of my “hitchhiker”, but I do have a full life. My family keep me very busy, and I’m still working, you just learn to adapt to the changes. My coping mechanism of being able to go on holiday is currently on hold, but there’s planning and that’s half of the fun. I’m an avid reader, Terry Pratchett is my favourite author, although I’m starting to get into audiobooks as I can “read” and work at the same time.
This was a big kick in the backside for me, but it’s one I was able to get up from. I did need help, and it wasn’t just the medical teams that provided it, you need friends, family and sometimes someone who’s been in the same boat as you. Social media has it’s faults, but this has been a big plus as I’ve got some friends as a result of this that I know have been there, seen it, got the t-shirt, and will gladly give me the support, help, advice and jokes that have kept me going.

As a thank you for the support, I’ve raised funds for Astrofund, I’ve climbed the Yorkshire 3 Peaks with my brother, walked the Edges and Dales with my parents camping group which raised £4000, and I’m looking for my next challenge. Any suggestions?